A Japan-exclusive boxed set of Beastformers, containing either Sunburst White Leo or Ghost (Clear) Alligatron and an assortment of Series 3 Beasts. 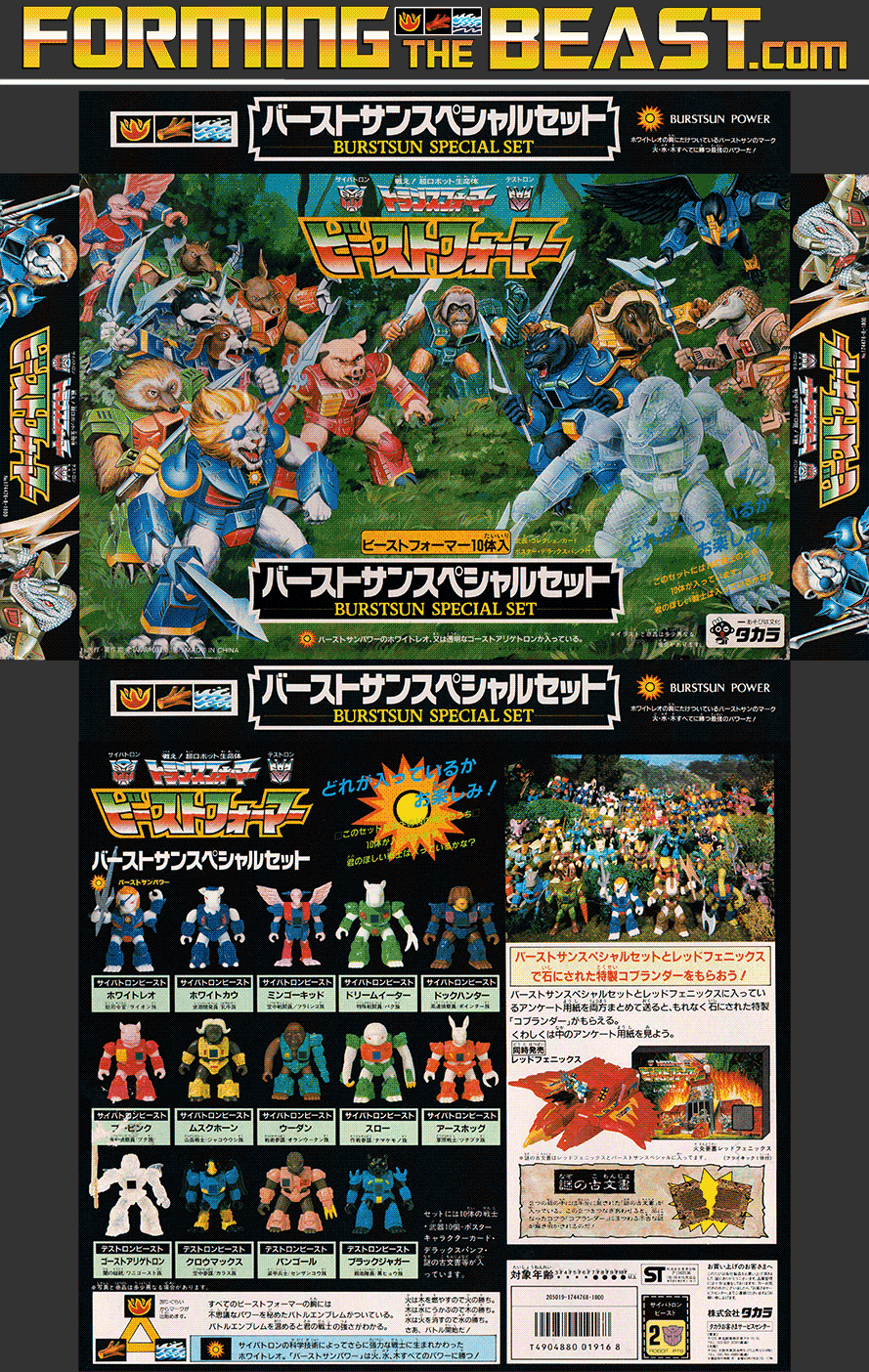